“One of the new things people began to find out in the last century was that thoughts - just mere thoughts - are as powerful as electric batteries - as good for one as sunlight is, or as bad for one as poison.”


This is another children’s book which I missed out on reading in my childhood, but was fortunately introduced to in my thirties (by the same person who led me to Pooh, and many other classic children’s books, re-igniting a love of children’s literature which I believed I had outgrown); and which transcends the children’s/adult literature divide.  I love this book, and felt a deep connection with Mary Lennox, and her contrary personality - despite the fact that she is not autistic.

One of the things I find most remarkable about this quote is the fact that it comes from a book that was published in 1911.  Yes, that’s the beginning of the last century (the twentieth) - which means that the century to which she is referring in the quote is the nineteenth.  People had figured out back then in the eighteen hundreds that our thinking has a powerful impact on our health.

I think I was gob-smacked when I first read it; to think that there were those in the Victorian age who were becoming enlightened about things that people now talk about as if they’ve only just been discovered - ‘reinventing the wheel’ is, I believe, the applicable phrase.

And, despite the fact that the evidence for these things being true has been around for over a  century, there are still those today who don’t believe it. 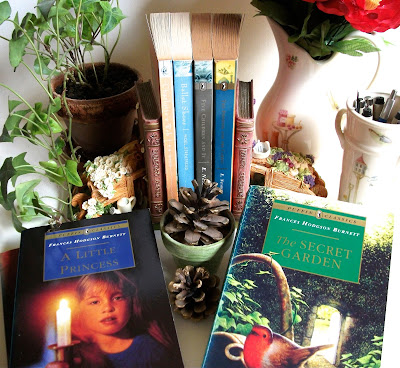 I don’t know why this should be a surprise to me, because I am purportedly a yogi, and yogis have been propounding the same beliefs for a lot longer (we’re talking over two THOUSAND years, not just over a hundred); but maybe it’s to do with the fact that India and the East has a long-standing association with the spiritual and metaphysical, whereas I think of the West as deeply entrenched in religion (which is different in my mind to spirituality), and the material/physical world.

We had not long since gone through the Industrial Revolution, which gave no consideration to a person’s mental, emotional, or physical wellbeing, only to how much work could be forced out of them.  People, it seems, essentially became an extension of the machinery they operated.

All of which just goes to prove what slow progress we human beings make, despite our much-vaunted intellectual evolution; and that there really isn’t anything new - people are essentially the same now as we were back then: we’re just recycling the same ideas, but from a different perspective.  Plus, we simply obfuscate the truth with different language.  Jargon, anyone?

And as to whether the theory is true or not, I have only to investigate my own life, and how depleting is the impact of harbouring negative thoughts.  As the saying goes, “Like attracts like”.

Posted by Lisa - The Artistically Articulate Autistic at 12:28 pm