BOOK - THE HOUSE IN NORHAM GARDENS by Penelope Lively 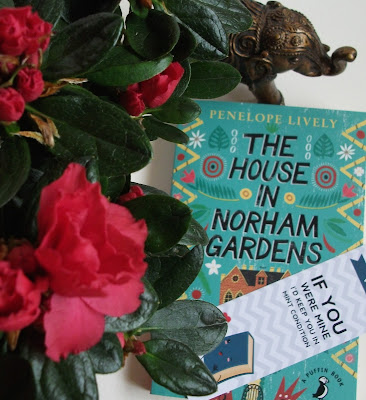 “There is a rather regrettable tendency nowadays to fence people off according to age.  The “young” - as though they were some particular breed.  A misleading idea, on the whole.  Perhaps you are just not good at being fenced off.”
“Oh.  I see.”
“The same is done to us, of course.  The old.”
“Do you feel fenced off?”
“Only by the tiresome business of one’s joints going stiff, and one’s teeth falling out, and not hearing so well.  Otherwise one is much the same person as one has always been, and the world is no less an interesting place, I promise you.”

“That must be good.  To live with old people.”
“Yes.  Yes, it is.”
“But here you do not respect old people as much as we do.  In my country we admire the old.  We take advice from them.  Here it is the young who are admired.”
“Oh,” said Clare.  “Are they?”
“Of course.  Haven’t you noticed?  They are made to feel important.  Their opinions.  What they say, what they want.  You push your old to one side.  You let them be poor.”

Despite being published in 1974, when I was seven years old, I’d never heard of this book until last year.  It is possible that I did read it back in the depths of my childhood, but that I have forgotten it - I did devour so many books, so quickly, once I discovered the joy of reading, that I cannot recollect all of them.

Then there’s the fact that this is a very ‘quiet’, character-driven book, full of nuanced messages, and hardly any action - all of which would have gone completely over my head back then, and would not have interested me.  I was attracted to adventure books, like The Famous Five, Mallory Towers, and the Nancy Drew books; which then morphed into the thrillers of authors like Alistair Maclean, Desmond Bagley, Frederick Forsyth, and Gerald Seymour.  High on plot and action, low on all of that sappy emotional waffle, is how I viewed things back then.

Notice how there’s a lack of female authors in that list.  By the time I reached my teens, I’d developed an abhorrence for all things feminine, which I considered to be weak, and wussy - an example of me doing what it describes in the first quote, ‘fencing people off’ (known to me as compartmentalising), only I did it based on gender rather than age. 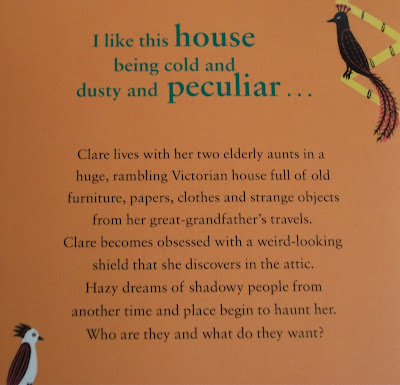 But, remarkably, here I am now, discovering a wonderful world of ‘quiet, character-driven’ literature (mostly written by women, mostly children’s books) filled with timeless messages - in this instance, about the young (and youth) being revered, and the old (and ageing) largely ignored and/or reviled, and both demographics being pigeonholed.

And I have to say, as I head towards my fiftieth birthday this year, that getting older is not the awful experience I imagined it to be (which was based mostly on the messages I’ve received and absorbed from the anti-ageist society I live in).  It’s true: based on my increased life experience, I actually do have more wisdom now (or perhaps that should be 'some'?!).

I also feel more intelligent, which is probably based on the increase in knowledge I have attained; though it hasn't changed the fact that I still don't have any common sense, and that what's obvious to other people is not so to me.  As my friend Dee says, I am so intelligent that she can't believe how dumb I am sometimes!

Plus, the most fun, least conventional, most unique, creative, energetic, enthusiastic, interesting, knowledgeable, and wisest person I know on the planet (and have ever met in my entire life) is my best friend Dee, who just happens to be coming up to her seventieth birthday, and actually gets younger in spirit every year, as she continues to be freed from the constraints that society tries to place on us.

So, those people who revere youth can keep it.  I never had a worse time in my life than the first thirty years.  It was so miserable, I tried to put an end to it after twenty-one.  I now consider that, for some of us, youth is an affliction not a blessing.
Posted by Lisa - The Artistically Articulate Autistic at 8:17 pm

BOOK - THE HOUSE IN NORHAM GARDENS by Penelope Lively 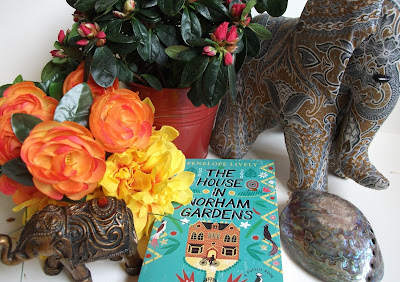 “So what I really wanted to say was that you must remember that language is an instrument, Clare.  An instrument to be used precisely.  Nobody can say what they mean until they use words with precision.”

“Language,” said Clare to Liz, “is an instrument.  You have to use it precisely.  Like a screwdriver or something.  Not just bash around vaguely?”
“What are you on about?”
“But the trouble is people don’t.  They say things like “quite” and “rather” and “ever so many” and “by and large” and “much of a muchness” and “quite a few”.  Now what do you suppose a person means when he says “quite a few”?”
Liz said, “It would depend what he meant quite a few of.  Bananas, or miles, or people living in Manchester.”
“Years.”
“Then it could mean anything.”
“Quite,” said Clare.

My sentiments exactly!  I couldn’t have put it better myself.  She has expressed succinctly in two passages the literary and conversational frustrations of a literal-minded and grammar-obsessed autistic.  Enough said.  I should just let the words speak for themselves.  Shut up, Lisa, and sod off.

Posted by Lisa - The Artistically Articulate Autistic at 6:33 pm

BOOK - THE HORSE AND HIS BOY by C S Lewis 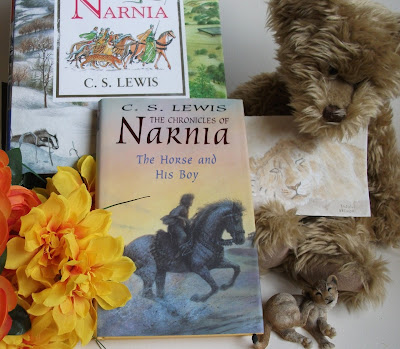 “Draw near, Aravis my daughter.  See!  My paws are velveted.  You will not be torn this time.”
“This time, sir?” said Aravis.
“It was I who wounded you,” said Aslan.  “I am the only lion you met in all your journeyings.  Do you know why I tore you?”
“No, sir.”
“The scratches on your back, tear for tear, throb for throb, blood for blood, were equal to the stripes laid on the back of your stepmother’s slave because of the drugged sleep you cast upon her.  You needed to know what it felt like.”
“Yes, sir.  Please…”
“Ask on, my dear,” said Aslan.
“Will any more harm come to her by what I did?”
“Child,” said the Lion, “I am telling you your story, not hers.  No one is told any story but their own.”

This, along with The Lion, The Witch, and The Wardrobe, is my favourite Narnia book.  And for someone like me who frequently worries about the rest of the world, and gets overwhelmed by all of the stories of injustice, persecution, inequality, wrongdoing, etc when I misguidedly venture out into that world (via the glimpses I get on my computer, when I go wandering the web), I find it comforting to be reminded that I can only really know my own story, and that I’m not expected to take responsibility for anyone else’s. 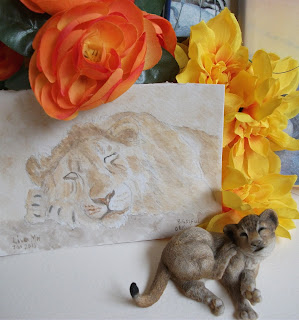 I was in the middle of worrying about the state of the world (as I frequently do), and whether it’s okay to be happy when it appears that there’s so much misery out there, when this quote popped into my head.  So it was a relief to re-read it, and be reminded that God is in charge, not me, nor anyone else on this earth.  And S/He/It doesn’t expect me to ‘sort out’ the problems of the world, just work on my own little corner.

As to the first part of the quote, I guess you could interpret it as an example of karma - what goes around comes around.  Each action we take produces consequences, whether negative or positive, obvious or subtle.  It’s just a universal law of nature, and is not the evidence of a punishing God (an idea which I’ve struggled to be rid of for a long time).

Or, to put it another way, “Do unto others as you would have them do to you.”

Posted by Lisa - The Artistically Articulate Autistic at 2:24 pm